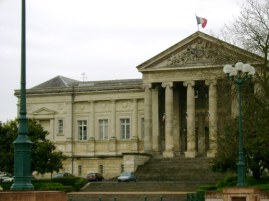 There has been quite a bit of shock this week over new French legislation that bans anyone from publicly revealing the pattern of judges’ behavior in court decisions. Article 33 of the Justice Reform Act would impose a prison sentence of up to five years for anyone who uses the identity of judges or magistrates “with the purpose or effect of evaluating, analyzing, comparing or predicting their actual or alleged professional practices.”

The law seems targeted to a growing number of legal analytics firms in France and elsewhere, which use technology to look for patterns in judicial decisions in order to predict future outcomes. But the law is written broadly, and could also apply to lawyers, legal academics, good government groups, and others who study the courts and judicial decisionmaking.

The new law is wildly disproportionate and draconian — five years in prison for simply analyzing publicly available documents? But the motivation behind it is more understandable than you might think. More after the jump.

The Artificial Lawyer, which has an excellent story on the initial reaction to the new law, explains:

Insiders in France [said] that the new law is a direct result of an earlier effort to make all case law easily accessible to the general public, which was seen at the time as improving access to justice and a big step forward for transparency in the justice sector.

However, judges in France had not reckoned on NLP and machine learning companies taking the public data and using it to model how certain judges behave in relation to particular types of legal matter or argument, or how they compare to other judges.

In short, they didn’t like how the pattern of their decisions – now relatively easy to model – were potentially open for all to see.

This justification seems completely obtuse to American ears: judges are supposed to take ownership of their decisions, supposed to explain their reasoning fully, supposed to give notice to all about the effective boundaries of lawful activity. The idea was famously captured by Oliver Wendell Holmes, Jr. in The Path of the Law, in which he explained that the law is “nothing more” than “[t]he prophecies of what the courts will do in fact.” That is, people care less about what the text of the law says and more about what a judge would actually do if required to apply it. And those predictions of judicial behavior depend on judges giving meaningful guidance through their orders and opinions.

Holmes’s description of the judicial role resonates in common law countries like the United States, the Commonwealth countries, and Israel. By design, common law judges typically join the bench after long careers in legal practice. Their considerable prior experience justifies giving them a relatively wide zone of discretion to decide cases. Common law judges are, of course, still bound by reasonable interpretations of the law, but they have significant freedom to interpret the law or distinguish prior cases within that zone of discretion. And they must take ownership of those decisions; a judge who repeatedly ventures too close to the edge of the zone of discretion will draw attention to himself and perhaps develop an unwanted reputation as something less than a fair and impartial jurist.

This is not the case in civil law countries like France, where most judges are typically brought on the bench early in their legal careers, subjected to rigorous formal training and evaluation, and expected to decide cases within a much narrower band of acceptable outcomes. These so-called career jurists more closely resemble traditional bureaucrats; their individual identities theoretically matter less because their decisions are intended to be closely standardized to, if not indistinguishable from, one another. In theory, there should be no need for judge-specific analytics in a civil law country, any more than one would need (or desire) individual analytics on an employee at the post office or the DMV in the United States.

Of course, in reality there are important differences among similarly situated employees. Some career judges are efficient, others are not. Some are clear writers, others less so. Some love their jobs, others not so much. Bureaucracies can deal with these difference internally through routine training and performance evaluations, but no bureaucracy wants information on employee performance to be made public. The relatively poor performance of some employees can be embarrassing to the organization and draw unwanted attention to it. The release of performance information can also create internal unrest and employee rivalry. It should come as no surprise, then, that French courts — and French legislators — would seek to prevent the spread of such information. In this respect, they are no different from any other organization, public or private. We are talking about it only because France tried to accomplish its goal in the most clumsy way possible.

It is, of course, foolish and distasteful for a free society to try to outlaw the spread of information. And it is virtually impossible to see how this law will have its intended effect. Information will still be shared, only underground — the way lawyers shared gossip on individual judges before the spread of analytics — and any effort to actually enforce the law will draw worldwide attention and condemnation. But one should not overlook that the law was likely well-intentioned and broadly consistent with France’s vision of its judiciary. One can only hope that in the future, the legislature itself will stay within a reasonable zone of discretion.

UPDATE 6/11/19: Thanks to everyone who has come to this page via social media. If you’re new to the site, have a look around! There are always new postings on the internal and external workings of the courts — both foreign and domestic.

One thought on “Why did France just outlaw legal analytics?”