Violent Antifa mobs in Seattle and Portland attacked a number of government buildings on Inauguration Day, including the William Kenzo Nakamura Courthouse in downtown Seattle. 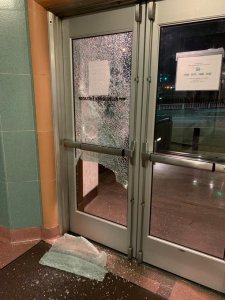 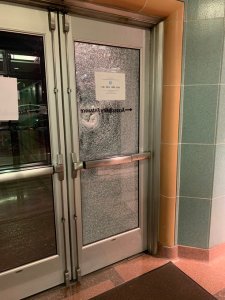 Seattle’s roving band of thugs are no doubt wholly ignorant of William Kenzo Nakamura, an American hero who lost his life fighting for the 42d Regimental Combat Team in Italy in World War II. He was hailed for his extraordinary bravery, and posthumously awarded the Distinguished Service Cross and, later, the Medal of Honor.

These domestic terrorists also set fires and damaged private businesses. Make no mistake: they are as dangerous and evil as the rioters who attacked the U.S. Capitol earlier this month.

When similar riots engulfed the Pacific Northwest last summer — disrupting businesses, injuring innocent bystanders, and destroying Portland’s federal courthouse — state and local officials only made excuses for the violence. Will these cowardly politicians finally stand up for the citizens they took an oath to protect? Will the Biden Administration work to assure the safety of the federal employees who work in the courthouse and the members of the public who enter it?