State legislators are trying to politicize their judiciaries for short-term gain. Courts, their users, and the public must speak up to stop them. 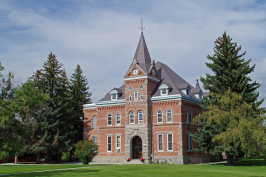 The first weeks of the 2021 legislative session have seen an extraordinary number of proposals to overhaul the selection of judges or otherwise affect the composition of state judiciaries. Among them:

In Montana, Senate Bill 140 would eliminate the state’s judicial nominating commission, giving the governor direct appointment power over district court judges and state supreme court justices. The nominating commission, in place for nearly half a century, was expressly implemented to depoliticize the judicial appointment process. Despite an outpouring of criticism for the proposal, which is widely seen as a partisan gambit by new Governor Greg Gianforte and Republican legislators, the bill passed the legislature last week. If signed by the governor, the bill would make Montana a national outlier in its refusal to use an independent nominating commission.

In Alaska, a very similar bill would eliminate the role of the state’s nominating commission for the appointment of judges on the district courts and state court of appeals. Senate Bill 14 was introduced by Republican senator Mike Shower in late January. As in Montana, the bill has been panned as “a concerted strategy to dismantle Alaska’s system of selecting judges based on merit and replace it with a process that relies primarily on politics.” Alaska’s Chief Justice, Joel Bolger, similarly criticized the bill as undermining a well-established and respected judicial selection process.

In Indiana, House Bill 1453, which would change the way superior court judges in Lake County and St. Joseph’s County are selected, sailed through the state House of Representatives in early February. As in Montana, the bill would give much greater control to the governor with respect to judicial appointments, and would eliminate local lawyers from participating in the relevant nominating commission. The local bar in Lake County has denounced the proposal, noting that “Judges should not be selected by political appointees as this opens judges to the risk that they rule in certain ways to satisfy their appointers. They should remain independent and free from political pressure.” The bill is currently in the senate judiciary committee.

In Pennsylvania, House Bill 38, which would start the process of creating partisan judicial elections by district for appellate judges, stalled in the legislature in February after months of pressure and criticism. The legislature is now contemplating hearings on the matter later this year, but it may just be a temporary repreieve before the issue is placed for the voters.

And in Tennessee, Republican state Representive Tim Rudd filed a resolution in February to remove a state judge from the bench based on a single decision that she rendered last year. That decision expanded absentee voting in the state in light of COVID concerns. Rudd argued that the judge overstepped her authority. But the decision was properly addressed through the regular appellate process, and Rudd’s proposal has been criticized as a direct threat to judicial independence.

Each of these proposals is wrapped in a thin veneer of impartial best practices. Pennsylvania proponents, for example, described geographic district as giving greater voice to voters, and proponents of both the Montana and Alaska bills argued that direct gubernatorial appointment would be more transparent and less partisan than the state’s nonpartisan nominating commission.

But this is abject nonsense. Each one of these bills is nothing more than a naked power play, an effort to use a temporary partisan advantage in the state house or the governor’s mansion to populate the courts with hand-picked judges. In this sense, Republican efforts at the state level mimic Democratic efforts at the federal level to restructure the judiciary to the perceived advantage of progressives. Whether coming from the right or left side of the aisle, these proposals amply demonstrate the parties’ lack of faith that their ideas will carry the day. Rather than examining their own (increasingly extreme) positions on a variety of social and economic issues, or undertaking the hard work of winning bipartisan support for their policy goals, both parties cynically aim to remake the judiciary in their image, in the vain hope that “their” judges will simply sign off on legislation and other forms of unchecked political power.

They are likely to be disappointed. Most judges, regardless of their personal political leanings, feel a strong duty to review assertions of executive and legislative authority in light of neutral constitutional principles. Ours is not a banana republic. Judges are not routinely bought or threatened, nor do they show unwavering fealty to the person or party who put them on the bench.

But there is still real cause for concern should these bills go forward. First, there is the obvious concern about judicial competence. If a governor can appoint a judge — or voters can elect one — based purely on political considerations, the risk of unqualified or underqualified judges increases. And even if all the judges selected under the new proposals were highly qualified, the partisan nature of the selection process — and the deliberate removal of procedural safeguards against partisanship — will undermine public confidence in the judiciary. Whether or not they are more political, judges will appear more political. The result will be a loss of trust in the judicial process and specific case outcomes, whether in an explicitly political case or a far more garden-variety criminal or civil action.

For better or worse, the bills also keenly illustrate the precarious interdependence of state judiciaries. Reliant on state legislatures and executives for their key resources — including judges, staffing, and funding — yet obligated to apply the law fairly and impartially, state courts find themselves with seemingly little room to maneuver. If the courts commit publicly to the idea of firm judicial independence, they can face charges of activism and threats to reduce their funding or even strip their jurisdiction. But if they remain silent in the face of partisan proposals, they risk appearing partisan themselves (or at least compliant with partisanship), thereby losing legitimacy with the public.

What can be done? As I have argued before, courts themselves must be more proactive in the public sphere. They must develop their own strong, public voices — voices befitting a wholly separate branch of government. And they must make those voices heard consistently, not just in reaction to another branch’s proposals.

To be sure, court systems have done a better job as of late to develop independent voices. Colorado’s Our Courts program, which uses judges to provide civic education on the legal system, is one good example. Another is the Discovering Justice program in Massachusetts, as well as the Arizona Supreme Court’s task force to combat disinformation about judges. But much more is needed. Each court system requires charismatic leaders to speak on its behalf, and who are not afraid to take the courts’ basic mission of fair and impartial justice to the public.

In previous eras, bold and charismatic judicial leaders emerged in response to same basic threat. John Jay, William Howard Taft, Arthur Vanderbilt, Shirley Abrahamson, and others steadfastly returned the public gaze to what really matters: impartial and trustworthy courts. They found friends in the bar, the media, and the public to assist them, but they were willing to lead the way.

Who will be remembered as the great judicial leaders of our era? The country is watching.

One thought on “State courts come under legislative assault”